Two young entrepreneurs invested €24,000 in a 10-square-meter space in the capital where they have been producing fresh fruit juices for several months. Passion for travel is the reason for the business idea, backed by a growing interest in a healthy diet. However, VanFruct got its start last year, when entrepreneurs began producing and selling smoothies in a mobile bar, hosted by a Volkswagen 71.

Fruit is the main ingredient in our work. The idea started from a van, and I chose the name naturally”, says Ştefan Ciobotaru, one of the founders of the company. About half a year after the creation of VanFruct mobile, in June of this year, the fixed space was opened in Mendeleev district, in the capital, where the founders invested , from their own sources, about 24,000 euros.

VanFruct is a concept bar with fruit juices, which aims to instill a hippie air and a friendly atmosphere for those who cross the threshold. The investment of €24,000 was aimed at creating and equipping the bar. “We chose to work with people who specialize in the field – with Lama Arhitectura for the design project (editor – architects Călin Radu and Dan Enache have done famous urban creations in various places in the capital) – but also to buy the best equipment for the bar,” says the 36-year-old businessman general. The interior was completely different and almost completely changed, so he told the architects about the VanFruct concept and asked them for something “very colourful”. 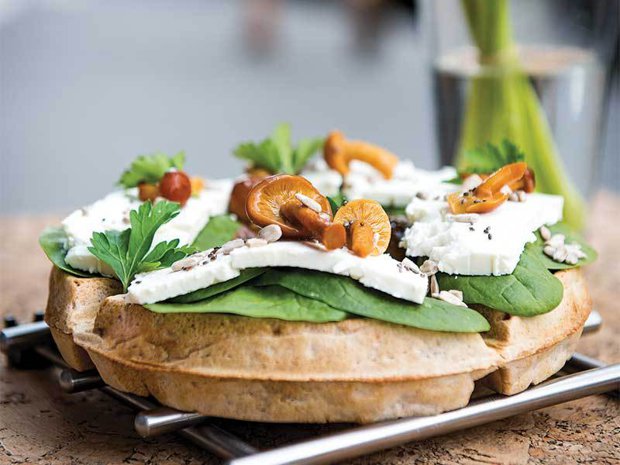 The arrangement took several months, “maybe a little longer than we expected, because small spaces are always more difficult,” he says. The site’s design doesn’t stray too far from the concept VanFruct started with: literally, the space is like a garage that mimics the curvature of the roof and contains elements in the truck, like the logo. If the entrepreneurs are booked in terms of financial results – I only say they have 80 visitors per day, the price of the drink is 14 lei and it is too early to discuss profitability and revenue because they opened the bar only a few months ago Appearance, Space is already the winner, taking the prize in the section Interior space architecture within the annual Bucharest Architecture Fair.

The 10 square meter space, located a minute walk from the Roman Arena, is divided into two distinct areas, due to the 1.4 meter level differences: it has a staircase to access the sidewalk and a rail with a seat, differentiated by the chromaticity used and by the texture of the materials. For the ladder, the architects used black ribbed sheets, the bar and the seats were made of cork; A wire arch is used to finish the walls and serves as a support for the ivy pots, and the exposed brick is painted yellow to match the site details.

At VanFruct, customers can choose from a range of juices with seasonal fruits, smoothies or lemonade that contain surprising ingredients like apple, pineapple or strawberry. The menu is complete with coffee and pancakes with different toppings, the latter made with whole wheat flour and cold pressed oils, with no milk, eggs or sugar. Ştefan Ciobotaru says the site is marked by its “people-oriented, ingredients are carefully selected, i.e. delicious fruits, not just good looking fruits, wholemeal pancake flour, and almond milk made by us, without any other additives.” Two months after opening, about 80 people cross the threshold of the fixed-location truck every day, but at the moment, says the entrepreneur, the average coupon value cannot be determined, which fluctuates a lot. . “We are pleased to have really loyal customers, but also new visitors, who are very happy with the products, the place and the whole experience.”

Most of the customers, he added, are “friendly people, passionate about healthy eating, eager to try new recipes, and with whom we share tips and ideas on recipes.” This helps VanFruct grow beautifully, naturally and sustainably, added Stefan Ciobutaro, “in an area where we hope to see more initiatives like this that promote a healthy lifestyle.” Driven or not by personal experience or the experience of foreigners in countries where well-being is a true national strategy, such as the Nordic countries, through television advertisements urging reduced consumption of “salt, sugar and fat” as well as exercise “at least 30 minutes a day”, More and more Romanians are concerned about a healthier lifestyle.

Thus, 55% of Romanians say they are willing to pay more for foods without E, up 10% from 2006, and more than 600,000 Romanians say their diet is mostly vegetarian, according to an audience for the National Study (SNA) last year’s focus of By Romanian Transmedia Audit Bureau (BRAT). The study also shows that fast food is no longer as successful as it was four years ago. 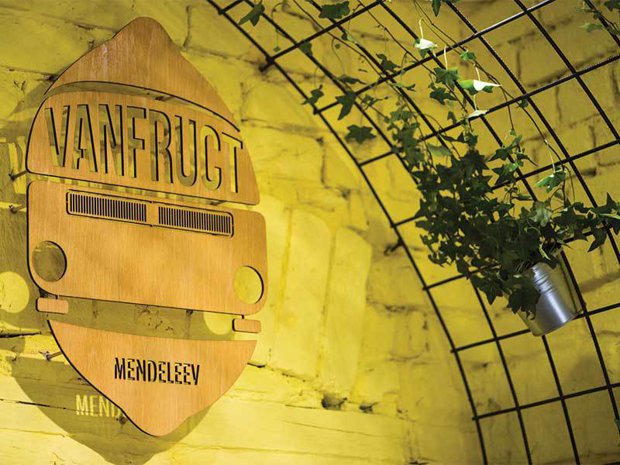 Today, only 20% of Romanians say they usually eat fast food regularly, down 5% from 2006. Nearly two-thirds (62%) of women say they consume products as soon as possible, low in calories. However, sweets remain at the top of the list of preferences: more than a quarter (26%) say they usually eat sweets instead of a regular meal, and a third say they cannot live without sweets.

Although Romanian women are more careful about their personality, they are also the ones who resist the temptation of sweets the most, 60% of those who say they can’t live without eating sweets are women, the BRAT study shows. The growing degree of concern for health is also the driver of business growth that builds its supply of goods and services in the niche of this type of consumer, multiplying areas with organic foods. So is the number of gyms, as well as the number of those who cross the threshold.

For now, VanFruct’s business is still in its infancy, and the team is “on its fingers,” says the founder, but all plans are based on growth, which is reflected in the numbers.

The team will increase in number with the opening of the next location, on Câmpineanu Street in the capital, where work is currently underway. And that’s not all, says the entrepreneur: “In the summer we went for a walk with VanFruct Bar Mobil,” the initial version of the concept, which was present at events or street demonstrations. “All the money we make now will pay the initial investment. We estimate that in a year and a half, a maximum of two will pay the investment.” As for the actual profit, the entrepreneur says, “We never set a plan. We want to see what happens in two years and only then will we be able to talk about a more realistic character. We have entrepreneurial activity that adapts as we progress. We grow with it.”