The series was launched five years ago by two local entrepreneurs, Vlad Timaru and Mircea Rodolescu. Recently, representatives of Coffee 2 Go said that their plans for 2018 include the inclusion of a new variety of coffee in the restaurant offering under this name, exotic coffee imported from Tanzania, Kilimanjaro or Santos. They also said that the products most consumed in their places were latte and cappuccino coffee, which made 75% of sales in the cold season, and frappe, which was consumed by more than half of customers in the hot season.

For franchising, business owners prefer candidates who have some experience in business, are between 22 and 45 years old, and who have the opportunity to actively participate in the franchise earned.

MaxJoy Euro Trade Concept SRL, which launched the Coffee 2 Go concept, has committed €1.3 million to its business this year, having achieved its first €1 million selling coffee and other snacks last year. 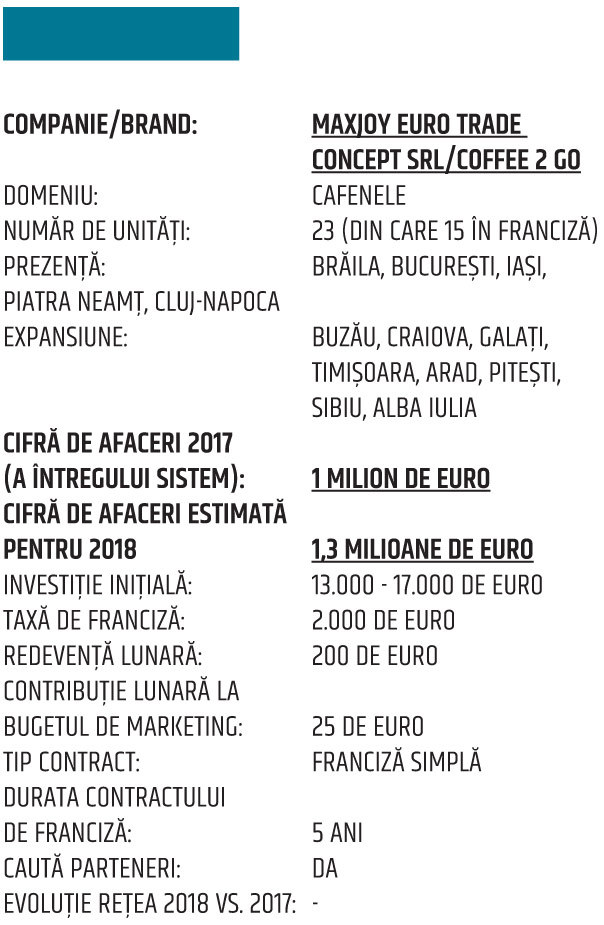